Your Guide to Bear Watching in Canada

For a lot of people, catching a glimpse of one of nature’s great predators, the bear, is a once in a lifetime experience. Canada’s rich coastal forests and heady mountains make it the perfect home for over 20,000 bears, from grizzlies to black bears. In this guide, we’ll look at the most common questions asked about bear watching in Canada.

How many bear species are there in Canada?

There are four main species of bears in Canada – the North American brown bear (also known affectionately as the grizzly), the black bear, the Kermode bear, and the polar bear. Each type of bear has differing habits and behaviour and travellers can spot something different in each one. In a country where the wildlife actually outnumbers human occupants, it probably comes as no surprise that bears thrive in Canada. In fact, it is home to around 60% of the world’s bear population.

What kind of bears live in Canada?

The most prevalent bears in Canada are grizzlies, which enjoy life in the western provinces and territories. They differ from their Eurasian cousins in that they are usually much bigger than those that live inland in Europe. The grizzly bear is unfortunately classed as an endangered species so spotting them in the wild can be quite a moving experience.

The smaller black bear is also native to Canada, usually living in the verdant forests but also sometimes venturing to the mountains or the coast. They are the most common bear species in Canada but have numerous colour variations. So brown or cinnamon-shaded bears are still technically ‘black’.

The Kermode bear, also known as the spirit bear because of its striking cream colouring, is a subspecies of the black bear with a genetic colour variation. Found in British Columbia, they are adept at hunting, as they are harder for fish to spot than their black cousins. In spite of this, it is estimated that there are only around 400 in existence with the distinct light colouring, making spotting one a rare and treasured occurrence. 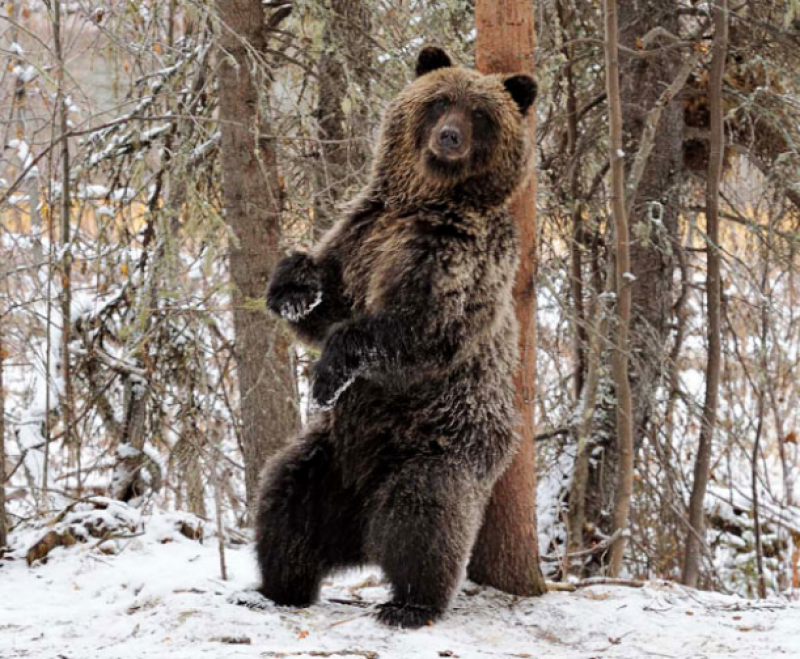 Where can I see bears in Canada?

Thankfully, because there are so many, there is a whole host of areas you can visit and still be in with a good chance of spotting one of these spectacular creatures. The Great Bear Rainforest in British Columbia is a great place to start, but there are many other prime locations in BC including Vancouver Island, Bella Coola Valley, Haida Gwaii and Knight Inlet.

Where is the best place to see bears in Canada?

British Columbia is probably the best place to see them en masse, where you can sail the Great Bear Rainforest or stay in a secluded wilderness lodge. Remote and beautiful, you might even spot some other wildlife on your journey, from wolves to orcas. You also have the chance to see the elusive spirit bear as they thrive in this temperate rainforest.

Where are grizzly bears in Canada?

Grizzly bears are most commonly found in British Columbia, which is home to as many as 13,000 of them. In fact, British Columbia is where you can find the Great Bear Rainforest which is a labyrinth of coastal inlets and islands that make the perfect home for this huge population.Two great spots to start your bear watching from including Tweedsmuir Provincial Park and the Chilcotin Mountains, but you can also find them in the Cariboo mountains further east.

Another option is to stay at Knight Inlet Lodge on mainland BC, which you can reach by floatplane from Vancouver Island – an experience in itself! Located in the middle of the wilderness, this floating lodge is quite the spectacle and well worth the journey for a chance to see a grizzly bear. 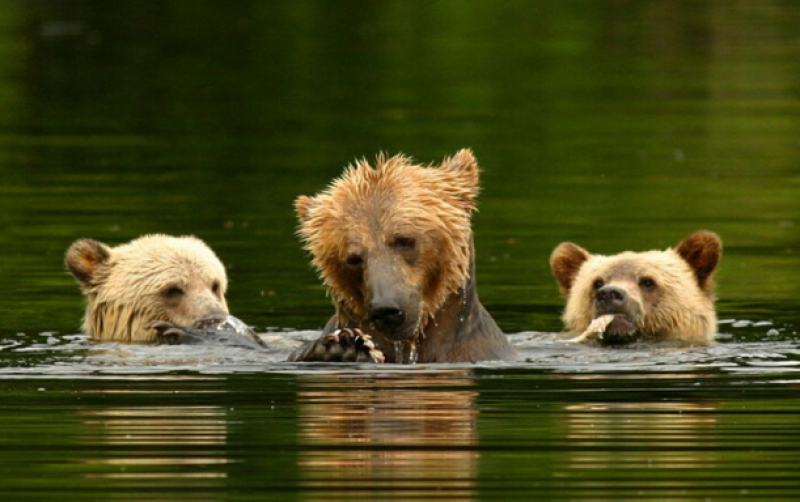 What months do bears hibernate in Canada?

Usually, bears in Canada hibernate from around October to April, which is why bear watching is such a fantastic summer activity.

Where can I see polar bears in Canada?

Polar bears are most commonly found in tundra outside of Churchill, Manitoba. Located on the edge of Hudson Bay, bears gather here in large numbers each autumn waiting for the sea to freeze. This makes Churchill one of the most reliable polar bear watching locations anywhere.Further along the shores of Hudson Bay, Nanuk Polar Bear Lodge offers chances to encounter polar bear mother and cubs during the denning season in August and September.

Polar bears can also be spotted in Canada’s Arctic Islands during late summer and early autumn on expeditions voyages through the Northwest Passage and around Baffin Island.

When is the best time to go bear watching in Canada?

To be in with a chance to see bears like the grizzly and black bear, visit Canada between late spring and autumn. The influx of returning salmon in early autumn offers a veritable buffet for grizzlies and brown bears alike, as well as the more mysterious Kermode bear. The best time for seeing polar bears is a short window from mid-October to mid-November.

What do bears eat in Canada?

Although we all imagine bears constantly enjoying salmon from the numerous rivers of the Canadian countryside, they are actually omnivorous. They have a mixed diet of plants, fruits, nuts, and insects, but will also opt for small mammals and birds.

Bears are opportunistic by nature, which is where the stereotypical stories of bears taking the odd picnic basket come from. However, viewing them in their natural habitat as you would on one of our holidays lends itself to witnessing their natural diet. For instance, the salmon run at the end of August into September provides the opportunity for one of the most iconic bear viewing experiences. 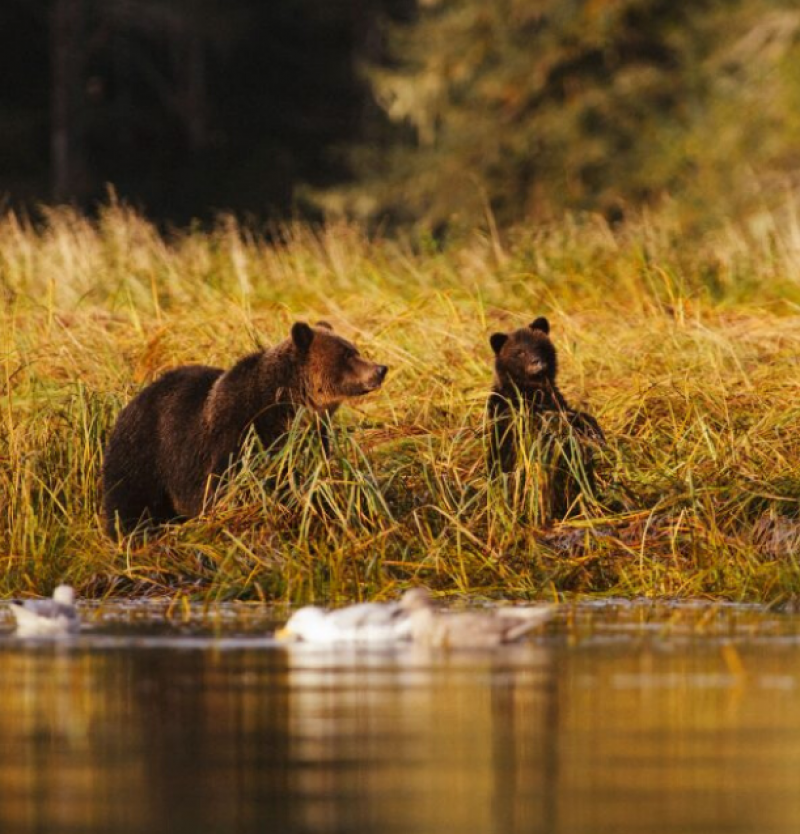 Visit our bear watching holiday page to find out more about what Discover the World can offer you for summer 2020. See bears in their natural habitat and enjoy a journey through one of the world’s most beautiful countries.