Jadon Malik Sancho (born 25 March 2000) is an English professional footballer who plays as a winger for Premier League club Manchester United and the England national team. He is known for his trickery, pace and use of feints in one-on-one situations. He came runner-up for the 2019 Kopa Trophy and was nominated to the 40-man shortlist for the 2020 Golden Boy.

Previously a youth player with Watford and Manchester City, Sancho signed his first senior contract with Borussia Dortmund in 2017. In his second season, he established himself as a first-team regular and was named in the 2018–19 Bundesliga Team of the Season. Ahead of the 2019–20 season, Sancho won his first trophy following the DFL-Supercup victory over Bayern Munich. 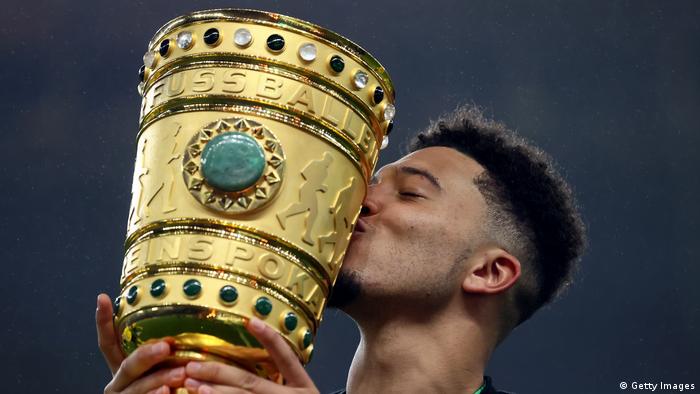 Sancho was part of the England youth team that won the 2017 FIFA U-17 World Cup and made his debut for the senior team in 2018.